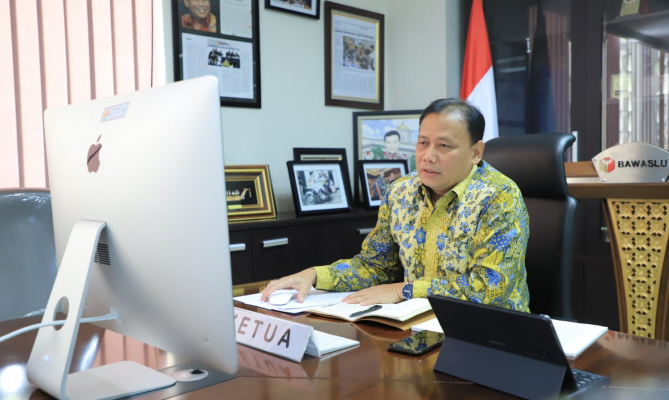 Chairman of Bawaslu Abhan when attending an online discussion titled The Fate of the Perppu Pilkada from the Indonesian Bawaslu Office in Jakarta, Wednesday, May 6, 2020, / Photo: Public Relations of the Bawaslu RI

Jakarta, Election Supervisory Body - Chairman of the Election Supervisory Body Abhan said, the KPU must immediately prepare a revision of the KPU Regulation (PKPU) in the election stage to ensure certainty of the continuing implementation of the delayed 2020 elections. According to him, the revision of PKPU is very important after the issuance of Government Regulation instead of Law (Perppu) Number 2 of 2020 concerning the Third Amendment to Law Number 1 of 2015 concerning Establishment of Government Regulation instead of Law Number 1 of 2014 concerning Election of Governors, Regents, and Mayors.

"In Bawaslu's perspective, there is a certainty to enforce election enforcement and its supervision. If it is not immediately stipulated (PKPU) there is a vacuum in the election law enforcement," he said in an online discussion titled The Fate of the Perppu on the Regional Election in Jakarta, Wednesday (6/5/2020).

One of the law enforcement of the election referred to by Abhan is one of the provisions of Law Number 10 of 2016 Article 71 concerning the prohibition of incumbents who carry out a mutation of office 6 months before the determination of the candidate pair. He explained, when referring to PKPU Number 16 of 2019, the determination of the candidate pair was carried out on July 8, 2020, so the application of Article 71 was put into effect on January 8, 2020.

"With this (the postponement of the election) will certainly change, what scenario will PKPU stage later? If (the pilkada) on December 9, the scenario will be about the end of October the determination of the candidate pair. If drawn back 6 months is the end of April. This needs certainty," he explained.

"Although there is a certainty, on the other hand, there is uncertainty because it is hung by other conditions, namely the end of co-19," explained the Bawaslu HR Division Coordinator.

Abhan views, there are three important things from the Perppu. First, the reason for the postponement of the election which was slightly expanded. He explained, when referring to Law Number 10 the Year 2016 there was no reason for non-natural disasters that caused the election to be postponed.

"Now in Perppu, one of the reasons for the delay is non-natural disasters," said the man from Pekolangan, Central Java.

The second, he continued, was related to the rules on who set the postponement of the elections and who would later carry out the post-election post-election elections. Abhan revealed when referring to Articles 120 and 121 of the Local Election Law 10/2016 it was stated that this delay was partially based on a proposal from the district to the province for the election of the governor, as well as a proposal from the District Election Committee (PPK) to the district/city for the election of regents/mayors.

"But yesterday due to the 'emergency' condition and we understand that the KPU discretion was immediately taken over by the KPU with the postponement of SK 179. Who has to re-implement this Perppu," he explained.

Third, continued Abhan, there is certainty and uncertainty in the implementation of the elections. He explained the election could still be carried out not in December 2020 but it might also be possible after December 2020 as stipulated in the explanation of Perppu 2/2020 Article 201 letter (a) paragraph 3.

"So this Perppu is still awaiting the status of COVID-19. Even in this Perppu there is no date but in the DPR meeting, the first option is 9 December 2020. This is the authority in the government. "back to the delayed phase of the inauguration, factual verification of individual candidates, the verification (matching and research) of the voter list can begin in June," he concluded. 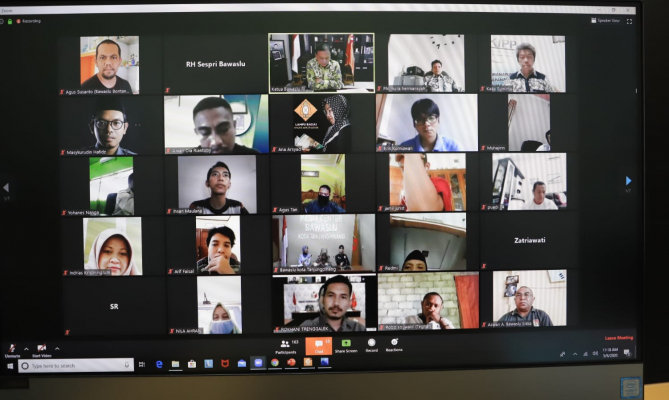