Even Though The 2020 Elections Have Been Postponed, Bawaslu Still Performs Supervision Work 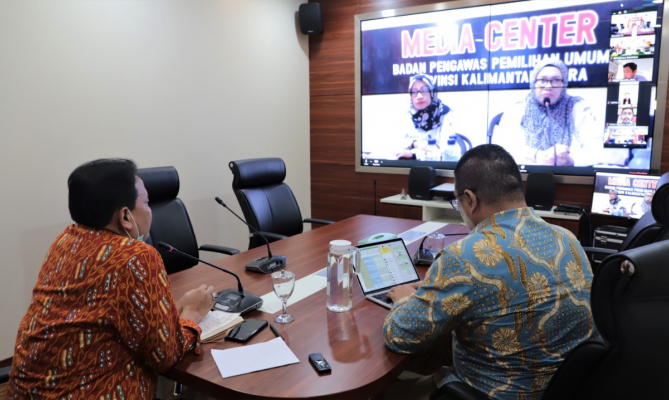 Chairman of Bawaslu Abhan (left) together with Bawaslu Member Fritz Edward Siregar (right) conducted a video conference with the ranks of Provincial Bawaslu throughout Indonesia in Jakarta, Wednesday (1/4/2020). Photo: Irwan

"First, the Commission has done deactivation instructions for PPK (Sub-District Election Committee) and PPS (Voting Committee). It also monitored by the Regency/City Bawaslu, which currently exists, "he said after holding a video conference with the ranks of Provincial Bawaslu throughout Indonesia in Jakarta, Wednesday (1/4/2020).

Besides, he continued, Bawaslu continued to monitor the continuous voter data updating, which is done regularly. "Things that can be done by Bawaslu, such as monitoring the updating of voter data that is ongoing, become part of the supervisory task as well. "Then, making participatory supervisory cadre schools a part of the tasks that election supervisors can do," he explained.

Regarding the local election organizer's budget proposal sourced from the regional budget (APBD), it will be withdrawn, Abhan said that he understood. According to him, all parties can unite to fight the calamity of the Coronavirus. "We do understand that the current conditions are all concentrated against COVID-19," said Abhan, who has been a lawyer/advocate since 1992.

He explained that the plan to return the budget that had signed from the text of the regional grant agreement (NPHD) to the regional government (local government) must obey the rules. "We are just waiting for the president to immediately issue Perppu (Government Regulation in Lieu of Laws). Of course, Bawaslu follows Perppu and if there is a revision of the Permendagri (Minister of Home Affairs Regulation) regarding the management of these grant funds. In principle, we will follow," he asserted.

However, Abhan hopes that the budget guarantee can be available if the election stage has begun. "What is important is that if this money must be withdrawn by the local government, which has already signed the NPHD, then in principle there must be a guarantee if the election phase starts again there is a guarantee of the availability of the budget," he concluded. 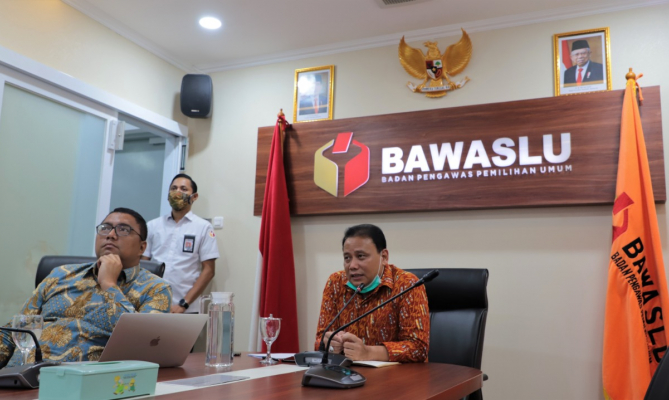