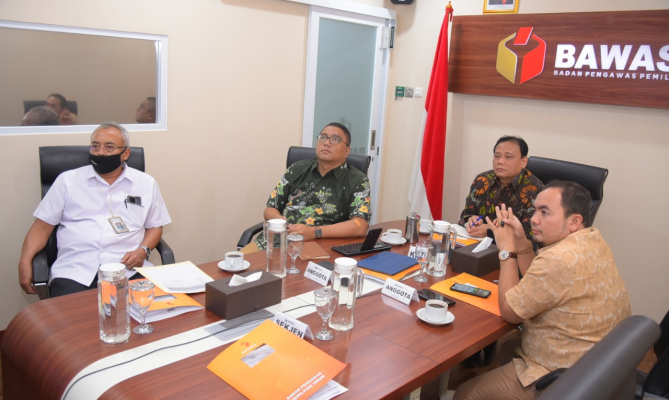 Jakarta, Election Supervisory Body - Commission II of the House of Representatives approved the proposal for an additional 2020 simultaneous local election organizers to adjust co-19 preventive health protocols. This is in line with the expectations of Bawaslu to improve the supervision of the elections when the co-19 pandemic is still ongoing.

"Just like the KPU, Bawaslu also does not allow to carry out regional election supervision using the APBD budget. So, central government intervention is needed," said Chairman of the Election Supervisory Body Abhan when attending a Working Meeting held by the House of Representatives Commission II, in Jakarta, Wednesday (27/5 / 2020).

Abhan explained, the supervision budget cut by 46% during the COVID-19 pandemic greatly complicates the work of supervision. For this, the need for the additional budget allocated for the needs of personal protective equipment (PPE).

"It needs additional budget related to the procurement of PPE," he explained.

Furthermore, the former Chairperson of the Central Java Province Election Supervisory Body also reminded the KPU, if the stages of the simultaneous Local election 2020 began June 6, 2020, by activating the District Election Committee (PPK) and the Voting Committee (PPS), it would require related KPU Regulations (PKPU) to be carried out fast.

"KPU Regulation (PKPU) also requires public testing, enactment, and outreach to the ranks of technical organizers. This is at the same time technical guidance for the implementation of the stages in the co-19 pandemic, especially during factual verification and voter list preparation," Abhan stressed.

He gave an example, KPU planning to focus the updating of voter data to the RT and RW Chair needs to be considered for his work. Abhan rate, the Chairman of the RT / RW has an obligation in handling co-19, namely the data collection of all citizens in identifying citizens who are exposed to co-19.

"If PKPU is determined, the KPU must also ensure that the virus prevention procedures and data collection and distribution of social assistance for citizens who need it," he said.

Previously, the Ministry of Home Affairs, Tito Karnavian, said that the withdrawal of regional head election funds sourced from State budget (APBN) funds to the KPU and Bawaslu by the Ministry of Finance related to handling Covid-19 to be returned. Because according to him, the budget is needed by KPU and Bawaslu in the work of organizing the elections.

Second, approving all stages of the 2020 elections must be carried out under the health protocol, coordinating with the Covid-19 Task Force, and still guided by democratic principles.

Third, the House's Commission II asks the KPU, Bawaslu, and DKPP to submit additional budget proposals related to the local election in the provinces, districts, and cities in more detail to be further discussed by the government and the DPR. 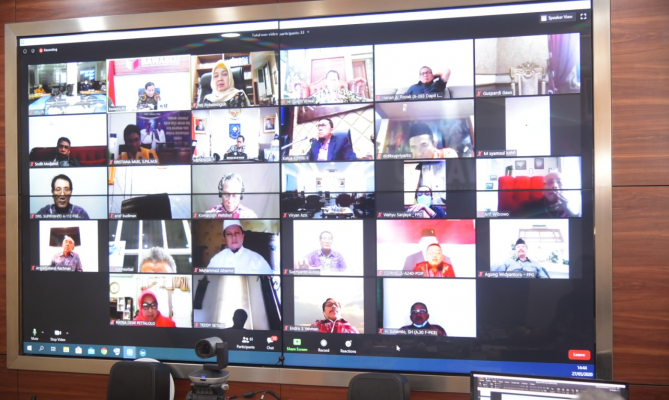