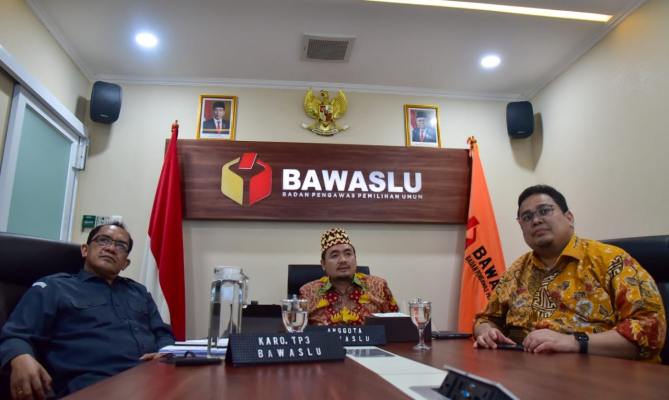 Jakarta, Election Supervisory Body - Bawaslu member Mochammad Afifuddin believes the way the KPU conducts factual verification (verfak) of the nomination of the 2020 individual elections in the pandemic period must be with one perception. According to him, the same as verfak in the previous election, there are only additional rules regarding the necessity to implement COVID-19 preventive health protocol.

"This is the principle, firstly nothing has changed significantly at this stage (verfak)," he said in the Online National Coordination Meeting for Preparation of Factual Verification Monitoring for the 2020 Election Nomination Stage in Jakarta, Monday (6/22/2020).

He mentioned verfak mechanism could have conducted a census with several choices. First, KPU verfak officers can meet voters directly using personal protective equipment (PPE). Second, KPU officials can gather voters in one place by limiting the maximum number. This choice can be done if the first choice can not be done.

"The third is what we call telecommunications or online verification, maybe via telephony or WhatsApp," Afif said.

In this context, he also asked the regional Bawaslu to equate perceptions about the types of violations that might arise in the verfak stage. Afif stressed all election supervisors must understand if a KPU verfak officer is found who does not wear PPE, including violations or not.

"There must be no regions that consider it an administrative violation and then there is one region not," said the UIN Jakarta alumnus.

For information, KPU Regulation (PKPU) regarding the implementation of local elections amid non-natural disasters due to co-19 is still being discussed with the DPR and the government.