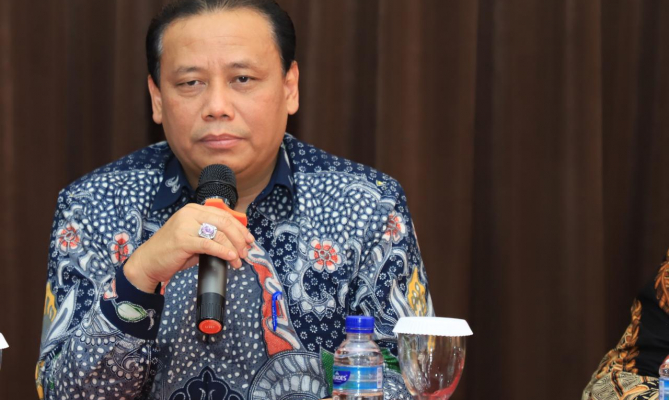 The first potential, said Abhan, is the issue of voter lists which is likely to be inaccurate if done online (in a network). According to him, checking the voter list should be done directly or 'door to door' to be more accurate. It's just because seeing the current conditions does not rule out the possibility that the Commission will conduct data collection online.

"The voter list has the potential to be inaccurate or inaccurate (if done online). However, if it cannot be done online, it can still be done manually," he explained in the Online Election Organizing Online Meeting held in the 2020 elections held by the Indonesian Ombudsman, Tuesday (2/6/2020).

The second potential violation is a matter of voter logistics. The man born in Pekalongan questioned the readiness of the logistics supply provider company because the election time was near.

"The supply of voters' logistics is tight. If the budget is ready but is the printing company ready? The raw material is ready or the workforce is ready? Especially if the region is still conducting CBSS," he said.

The third potential violation, he continued, was related to regulations, procedures, and procedures for the election, especially at the time of voting and counting.

The fourth potential violation is a matter of less than maximum administrative verification and factual verification. Especially in verifying the support of individual candidates, is it enough online or not.

Abhan revealed, there was a problem if the KPU later stated that it did not meet the requirements, while the individual candidates saw the conditions fulfilled, then they had the potential to submit a dispute to Bawaslu.

"Administrative verification is already underway, but factual verification of the support of individual candidates must be seen in detail whether this is the support and signature provided genuinely or not and the conditions have been met or not," he said.

Sixth, health and safety issues both for organizers, the community, and all other parties. Seventh potential, a matter of campaign infrastructure. "Will all the campaigns planned by the KPU all use the online system and whether it can be accepted by all election participants is also a record," he said.

He considered if the campaign carried out online would benefit the incumbent, while newcomers would find it difficult because it was not yet well known.

"If we see objectively that the campaign using online incumbents is the one who benefits more because they are already known. Meanwhile, new candidates or newcomers who are not yet known must still conduct conventional socialization," he said.

Potential for the eighth violation, namely the abuse of power from the incumbent. "We have found several incumbents who misuse co-19 assistance for personal political interests," he said.