At the DPR Meeting, Each Polling Station is Limited to a Maximum of 500 Voters 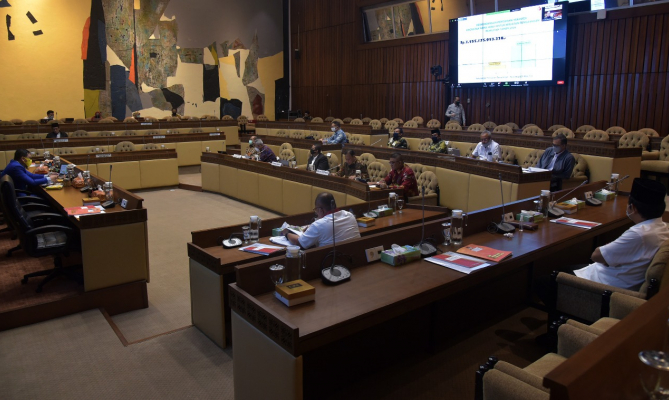 Jakarta, the Election Supervisory Body - Commission II of the Indonesian House of Representatives, the Ministry of Home Affairs, the KPU, Bawaslu, and DKPP agreed on the number of voters per polling station (TPS) of a maximum of 500 people. Besides, it was agreed upon the realization of the 2020 local elections budget. This is to adjust the co-19 preventive health protocol.

Chairman of Commission II of the Republic of Indonesia House of Representatives, Ahmad Doli Kurnia revealed, in the framework of implementing health protocols to prevent transmission of COVID 19 in the implementation of the next stages of simultaneous elections in 2020, it is necessary to increase the need for goods and budget for the organizers of the 2020 elections. " voters. Maximized by the time of arrival of voters, "he said in the Work Meeting / Hearing Meeting on the Rationalization of the Budget of the Simultaneous Election of 2020 in Jakarta, Wednesday (06/03/2020).

Doli added, the House of Representatives Commission II and the government agreed to meet the needs for additional goods and the budget through the source of the budget from the State Budget (APBN). However, according to him, this will pay attention to the fiscal capacity of each Regional Budget (APBD). This is because there are several regions whose budgets are sufficient to meet the needs of additional goods and budgets. "There is also not enough. So it requires additional from the state budget," he said.

Doli said that to make efficiency in meeting the budgetary needs for the election, the meeting participants agreed to restructure the budget allocated for each stage of the election implementation. And must continue to be conveyed to the commission II and the Ministry of Home Affairs before the implementation of the joint work meeting at the beginning of the trial period IV session year 2019/2020.

"A more detailed discussion will be held in a joint working meeting with the Minister of Home Affairs, Minister of Finance, Chair of the COVID Task Force for the Acceleration of Handling 19 and the election organizers," he explained.

The Chairman of the Election Supervisory Body, Abhan said, the Election Supervisory Body approved the procurement of personal protective equipment (PPE) that would be used by the election organizers handed over to the Task Force for the Handling of Acceleration in Covid-19. Because, if handed over to the election organizers, according to him, it was feared it would not be completed before the stages were resumed on 15 June.

"So that the election organizers can focus more on preparing the stages that will soon resume," he said. 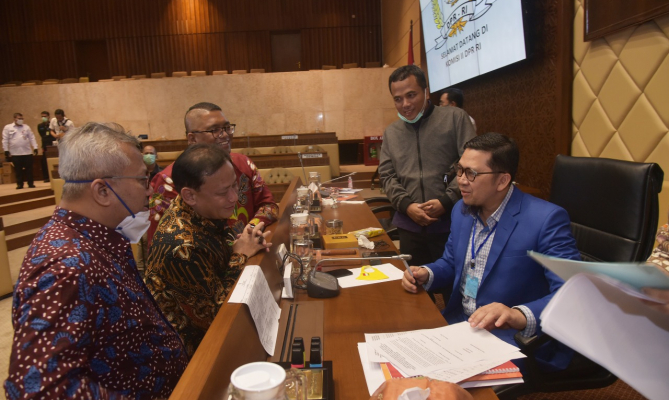