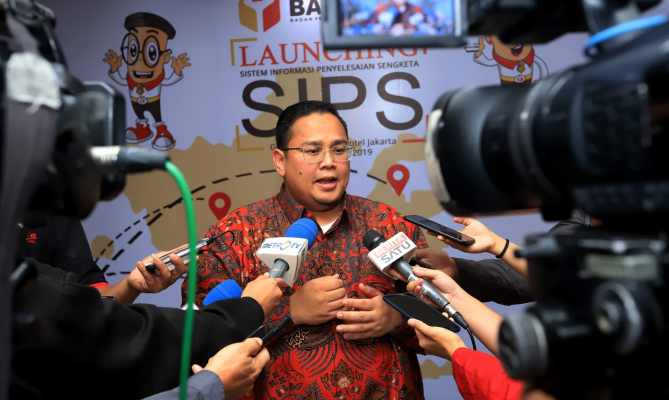 Bagja explained until now Bawaslu is still inventorying technical problems in the field related to the postponement of the elections. The Election Supervisory Body also continues to improve the quality of election supervision as the outbreak of COVID-19 in the country.

"Bawaslu still resolves dispute reports on administrative violations and other violations before the issuance of KPU Decree Number 179 on March 21, 2020," explained in a discussion on the video conference with the theme "Postponing the elections in the Perspective of Election Organizers in the Regions, in Jakarta, Sunday (5/4 / 2020).

The Coordinator of the Bawaslu Dispute Resolution Division of the Republic of Indonesia provides examples such as the dispute settlement that occurred in Bisori district, North Maluku, which is still ongoing. Bawaslu Bisori has issued the official report of dispute settlement because, in principle, Bawaslu cannot reject the report.

Bagja said the process of dispute settlement, including the handling of election violations after the postponement of the 2020 elections, regulated in Circular Letter of Bawaslu Number 0254/K.BAWASLU/PM.06.00/III/2020. This Circular Letter issued because of the postponement of several stages of the 2020 elections through SE KPU Number 179 dated March 21, 2020.

Furthermore, the alumni of the University of Indonesia (UI) asked the Regency/City and Provincial Bawaslu dispute resolution divisions to follow up on all reports or suspected violations by email, Whatsapp, and teleconference to conduct online supervision.

"Not only by letters but can also use video conferencing communication tools to provide reports on handling administrative violations or other reports such as clarifications, statements, official reports, and other things online," he concluded.

Also, Bagja expects all supervisors at the regency/city and provincial level to participate in socializing to the public about the postponement of the 2020 elections.