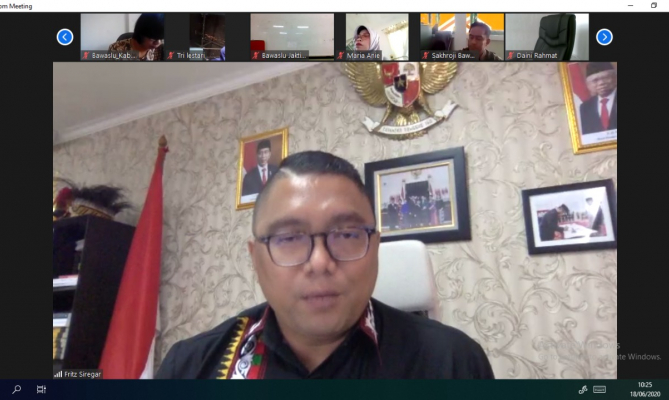 "Every advertising costs used (candidates via Facebook or Instagram) can be seen how much the costs incurred by each ad. That is part of political accountability," he said in an online discussion titled Policy Recommendations Regarding Election and Election Regulations in Indonesia related to Political Campaigns in Social Media, Thursday (6/18/2020).

Even so, he admitted, in the Law on Local Election Number 10 of 2016 there were no detailed rules regarding campaign advertising on social media, including restrictions on funds used in advertising.

"Indeed, the Regional Election does not recognize how many restrictions on funds used for advertising, but it can be part of accountability when reporting campaign funds," he said.

"(Facebook) will launch political ad transparency that can be seen from this product is the amount or 'range' costs incurred by political candidates (regional head candidates) in buying ads on social media, and it will also be seen who pays for the ads. , "he said.

Through these products, he continued, people can no longer carelessly carry out political advertising to support certain cakada. For that reason, he said, his party asked the Election Supervisory Body and the Commission to verify candidates who had been officially determined by the Commission and its social media accounts.

"For that, we need the help of Bawaslu and KPU throughout Indonesia in the process of verifying which candidates have been officially and which social media, so that data is verified and registered in the political ads transparency system," he explained.

He also added at this time to find out public service ads in the Facebook ad library can be seen through Facebook @ the library. "(For political advertisements) what messages can be seen and who pays whether agents or parties," concluded Rino.