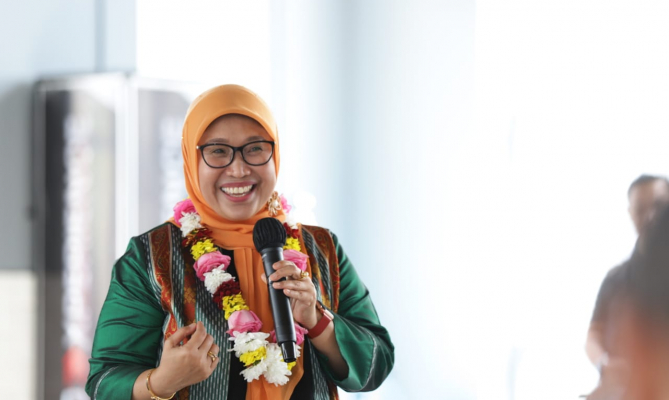 Jakarta, Election Supervisory Body - Bawaslu Member Ratna Dewi Pettalolo stated, according to the results of supervision conducted by the ranks of Provincial Bawaslu and Regency / City Bawaslu, there was social assistance distribution (social assistance) during the 19th pandemic in 23 districts/cities in 11 provinces allegedly politicized incumbent candidate. One of the things that burst was by attaching a picture of the head of the region in the social assistance.

"According to information that has risen to the Indonesian Election Supervisory Body, there are 23 regencies/cities in 11 provinces suspected of conducting politicization by attaching images of incumbent candidates in social assistance," he said as a guest speaker in online discussions held by the Information and Education Channel (SIE) with the theme 'The Phenomenon of Social Aid in the Middle of Pandemic Covid-19', Monday (05/11/2020).

Dewi said it was unethical if social assistance used for humanitarian activities was used as an interest in regional election contestation. "This is not justified. In helping with or on behalf of humanity, there should be no hidden frills in it, "said the Coordinator of the Bawaslu Enforcement Division.

According to the only Srikandi in the ranks of the leadership of the Republic of Indonesia Election Supervisory Body, it should be the social assistance that is the duty of the regional government under the president's instructions must be used for humanitarian purposes not for the 2020 elections.

"I remind you if giving social assistance presumably there is no specific purpose and purpose. Moreover, there have been direct instructions from the president, "said the Deputy Coordinator of the Bawaslu Supervision and Socialization Division.

In this discussion also discussed Government Regulation instead of Law (Perppu) No. 2 of 2020. Dewi explained, the substance of the Perppu only regulates many things, one of which is the postponement of the elections. However, this delay is still flexible because it waits for COVID-19.

"Why do I say flexible, because if the COVID-19 pandemic has not subsided there will be a delay again (from the decision to postpone the vote on December 9, 2020)," he said.

Besides, Dewi said that there was no change in the authority of Bawaslu regulated in the Perppu. Thus in general and technical concepts, Bawaslu still refers to Law Number 10 the Year 2016 following Article 201 paragraph 3.

"So all matters relating to the task of monitoring and handling violations, Bawaslu still refers to Law 10 of 2016," concluded Dewi.