In the GNEJ International Virtual Meeting, Bawaslu Conveyed the Challenge of Postponing the Local Election 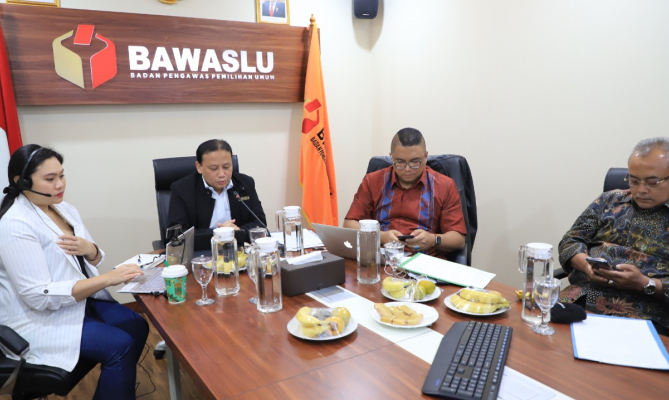 Jakarta, Election Supervisory Body - Bawaslu conveyed the challenge of postponing the 2020 elections in Indonesia to the Global Network on Electoral Justice (GNEJ) through a virtual international meeting, Thursday (30/04/2020) night.

The Chairman of Bawaslu Abhan said, with the COVID-19 pandemic, the election, which was originally scheduled for September 23, 2020, in 270 regions was postponed to December 9, 2020. This certainly became a challenge, in particular, Bawaslu as a local election Supervisory.

"The technical stages by the KPU have been delayed. Supervision by Bawaslu also paused. "During the co-19 pandemic, we must think of a thorough preparation if the elections must be carried out December 9, 2020," continued Abhan who was accompanied by Bawaslu Member Fritz Edward Siregar and Rahmat Bagja as well as Secretary-General of Bawaslu Gunawan Suswantoro.

He added, if the vote was carried out on December 9, 2020, the election organizer would optimize the implementation of the election by the co-19 prevention protocol. "This is important for the safety of the community as voters," he said.
Also, he admitted, now it is important to change conventional methods to become virtual to prevent the spread of the Coronavirus, for example, virtual campaigns and electronic recapitulation of sounds.

The man from Pekalongan, Central Java, revealed that in the candidacy stage, the process of matching and researching (voting) of voter data and factual verification of the nomination of the terms of support would be an obstacle during the co-19 pandemic. However, he believes, the election organizers will make adjustments during the pandemic by observing the co-prevention prevention package.

"All protocols for co-19 prevention or transmission will be avoided if the regional election stage starts again," Abhan said.

Román Jáquez Liranzo, Judge President of the Superior Electoral Court of the Dominican Republic (Presidency) states, COVID-19 occurs throughout the country. According to him, in the Dominican Republic, there should be elections in February 2020. "Keep carrying out the process because it is related to human rights and trying to reduce the impact that occurs. There is a state high court that oversees the election process," he explained.

The impact of the holding of the election, he said, was the reduction in the process by 50 percent. "The occurrence of compaction. I can access, but do not understand how information technology (IT). There should be a program that is synchronized," he admitted.

While Katheleen from the Global Strategy and Technical Leadership of IFES in the United States explained that the election in the US had a very tight schedule on November 3, 2020. Although he continued, the TPS was conducted close to their homes, and they could ride vehicles, it still makes people afraid of the co-19 pandemic.
Concerning technology, he said, there could be the possibility of scans or looting of data. "When talking about access, it will talk about data security how to ensure there is no falsehood. True or not the signature? It's not about electoral institutions (election organizers), but all ministries and other institutions," he said.

He said, the US also had problems with the census because the country's KPU had to carry out factual verification. "As long as Covid-19 is not completely lost, especially in the US, the process cannot be carried out," he added.

Then the MA MA / MK representative explained related to gender equality and independence. Covid-19 pandemic conditions, according to them, affect the electoral and also to public health. "How to ensure that the electoral agenda can be carried out. In Spain itself, it will try the first distance election technique even though there are concerns, there are doubts about the legitimacy of the results. Currently, Spain has entered preparations for presidential elections," he said.

"This must be done even though by law the electoral process has never been designed in a crisis like now," concluded the representative from Spain.

Beyond that, they also asked the community to adapt to this abnormal situation. "Must familiarize yourself with the online way. The democratic process will face obstacles and challenges. Keep communicating well," he stressed.

José Luis Vargas Valdez, Justice of the TEPJF of Mexico (Judge of the Mexican Election Judiciary) describes the current situation which makes all suffer almost all over the world. "Nothing is different, all have a tremendous impact on us all. No need to be modified, observed, but measurements and evaluations also need to be done. We all change direction. From not being online to being online. Not virtual, finally becoming virtual," he explained.
According to him, this requires an administrative change. In Mexico, itself is directly related to technology companies that have access. "There is so much false news and not everyone is ready to accept the technology. We surveyed the use of technology to the community, what do they think (community) related to this? or not, "he explained.

"Next, we think about the election process. Every citizen has the right to vote on the one hand, the people also have the right to be healthy. How do they want to vote, if they are not healthy? There must be a response from the election organizer and the government" he added. 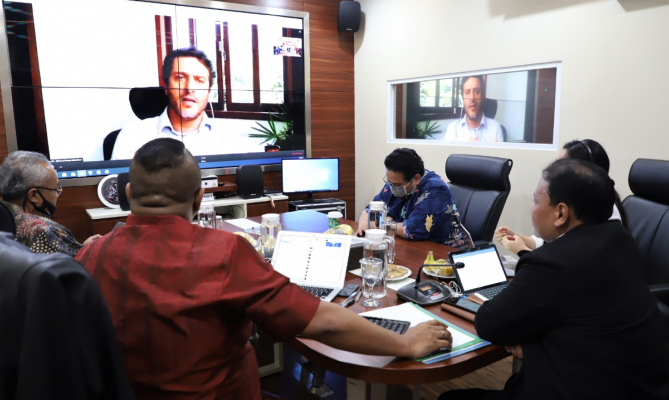