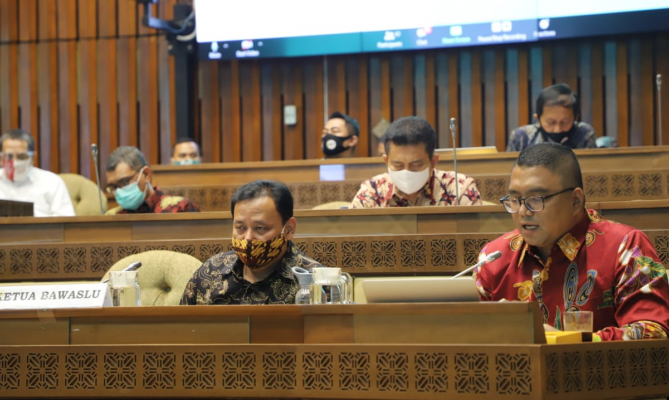 Jakarta, Election Supervisory Body - Bawaslu member Fritz Edward Siregar revealed, there are articles with new norms included in several draft Bawaslu Regulations (Perbawaslu) that adjust the conditions and situations of handling the COVID-19 pandemic that has been approved by Commission II of the Indonesian Parliament.

"Many new things and norms are regulated by the Regional Election Supervisory Board because of this co-19," he said while presenting the Regional Election Supervisory Draft on Supervision, Handling of Reports of Violations, and Dispute Resolution on the Election of Governors, Regents and Mayors Continued in 2020 at Hearing Meeting (RDP) at Commission II of the Indonesian House of Representatives in Jakarta, Monday (06/22/2020).

He added that the principles of health protocols became the new norm in the oversight function and were regulated in the new draft Regional Election Board. Then, the handling of violations by Bawaslu can also be done online (in the network) so that the report can be done virtually or 'online'.

1. Based on the explanation conveyed by the Indonesian KPU and the policy steps taken in controlling the co-19 pandemic situation by the government, the House of Representatives Commission II together with the Ministry of Home Affairs approved the PKPU's proposal on the Implementation of the Election of Governors / Deputy Governors, Regents / Deputy Regents, and Mayor / Deputy Mayor in non-natural disaster conditions.

2. Indonesian House of Representatives Commission II together with the Ministry of Home Affairs approved the Election Supervisory Body's proposal on Supervision, Handling of Violation Reports, and Dispute Resolution for the Election of Governor / Deputy Governor, Regent / Deputy Regent, and Mayor / Deputy Mayor Continued in non-internal conditions. Commission II of the Indonesian House of Representatives also asked Bawaslu to continue to carry out optimal oversight during the stages of the implementation of the next pilkada by continuing to coordinate with all parties to prevent violations that could harm democracy.

3. Indonesian House of Representatives Commission II urges the government to immediately disburse additional funds sourced from the state budget and was approved at a work meeting and RDP on 11 June 2020 between the House Commission II, with the Ministry of Home Affairs, Ministry of Finance, KPU, Bawaslu, DKPP, and Task Forces Accelerating Handling of Covid-19. 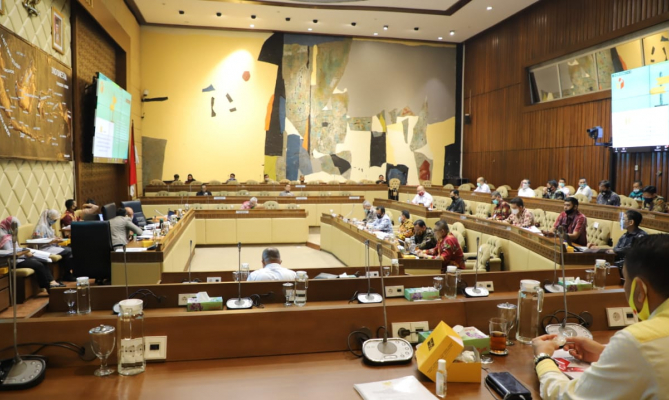