Because their decision is final and binding, Elections committee reminded to Maintain Integrity 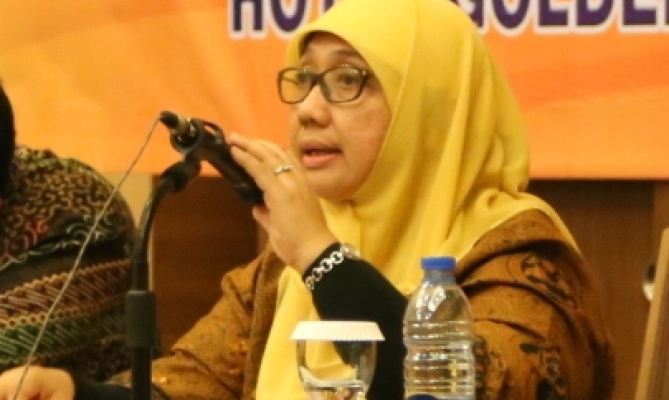 "The integrity must be maintained, do not try to play cheating", said Leader of Election Supervisory Board RI, Endang Wihdatiningtyas at the opening of the National Working Meeting Supervision Stages election of Governor and Deputy Governor, Regent and Deputy Regent, as well as the Mayor and Deputy Mayor at the Golden Boutique Hotel , Jakarta, Saturday (6/6).

Related to disputes of the electoral process, Endang said that on June 3 previously, the General Election Commission (KPU) has sent a letter to the Supreme Court (MA). In the letter the KPU asked for confirmation on the restriction of the object of dispute the State Administration, the order is limited to the issue of determination of candidates only.

"If previously we look at the legislation, it is right there are some things that can be the object of State Administration dispute, as long as it forms a KPU decision. This appeal was dated June 3. It may be that there has been no response (from MA), "he explained.

Fatwa MA also stated that the provisions of Article 144 paragraph (1) Act concerned about Regional Election should be interpreted thoroughly elections associated with a whole chapter in the third part of the dispute between the participants and the election of a dispute between the participants and the organizers of the election. Thus, the decision of the Election Supervisory Board Province and decision of Regency/City Supervisory Committee on election dispute resolution is final and binding.

"That decision a quo has executorial value that is equal law must be implemented by the parties to the dispute," Endang said.

"From the four points I will be remind, if the KPU letter to the MA met, meaning that becomes the object of dispute PTTUN just candidacy only. Instead, disputes shall be final and binding would increase its object. Well, this is what I say that we should really seriously, "he said.

Therefore, Endang asked that the competence or capacity of the dispute settlement Election Supervisory Board Provincial and Elections committee District/Municipal improved. He said it was important that the authority can be run properly.